A new study reveals that hyperbaric oxygen treatments may ameliorate symptoms experienced by patients with Alzheimer’s disease. In this study, the subjects who undergo hyperbaric oxygen therapy for different conditions breathe in pure oxygen in a pressurized room or chamber. In this chamber, the air pressure is increased to twice that of normal air. Under these conditions, oxygen solubility in the blood increases and is transported by blood vessels throughout the body. The added oxygen stimulates the release of growth factors and stem cells, which themselves promote healing. 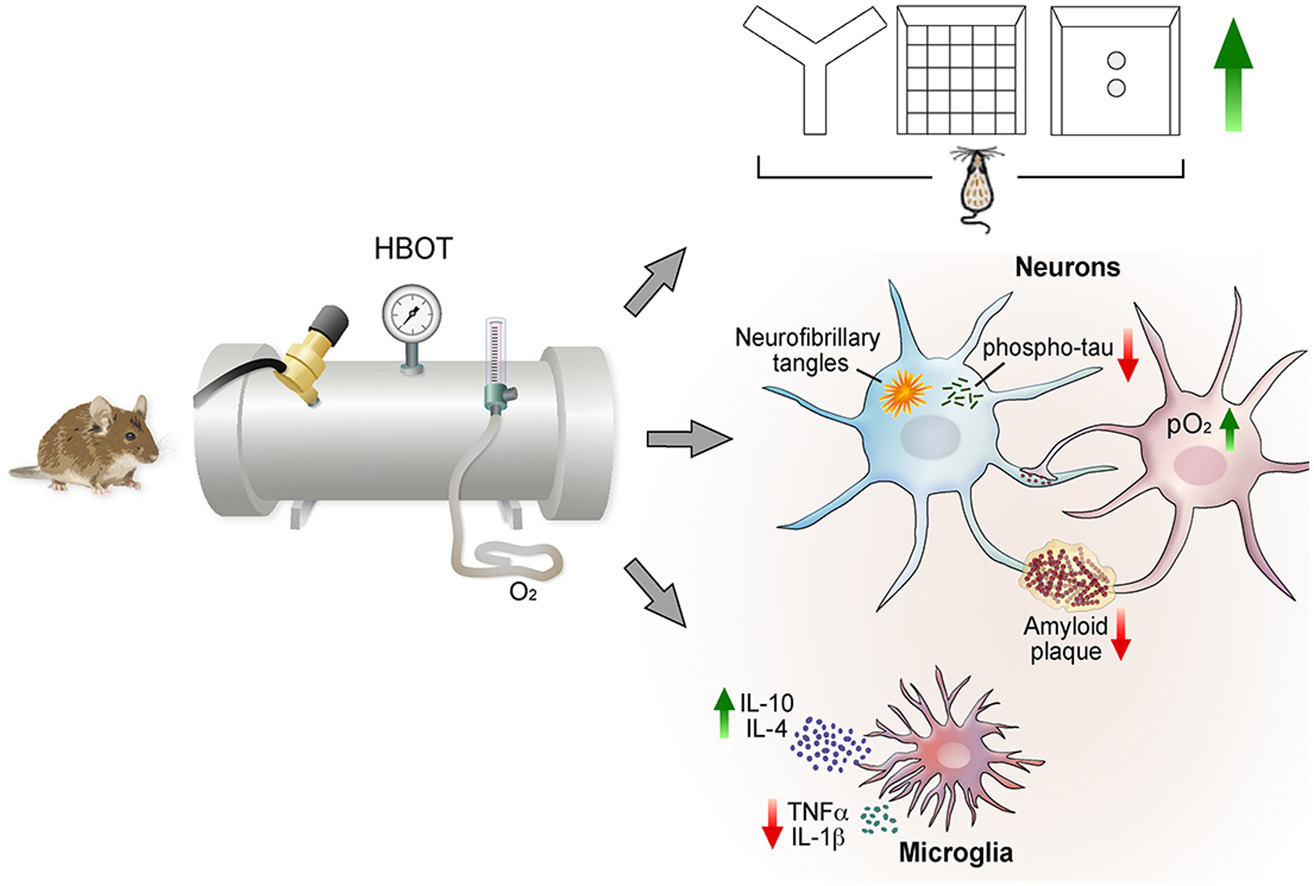 Watch What Alzheimer’s Does to The Brain!

A Canadian study shows the direct link between a healthy diet that is rich in vegetables, fruits, nuts, whole grains, and fish but contains little amount of high-fat dairy products, sweets,  processed foods and red meat and the reduced risk of dementia.

The epidemiological studies suggest that adults  with a history of moderate-to-severe t(but not mild) traumatic brain injury (TBI) may have an increased risk for developing neurodegenerative disease, such as Alzheimer’s later in their life.

The WHO has predicted that TBI will become a leading cause of death and long-term illness during the next ten years. Already one per cent of the population in the United States suffers from a long-term disability caused by TBI.Credit: R Raj (University of Helsinki)

A new screening test has been introduced by the scientists from University of Central Lancashire. Currently, there is no accurate and early diagnostic test available for neurodegenerative disorders such as Alzheimer’s disease. Using blood plasma, this study introduces a blood test by spectroscopy to  provide a  robust and sensitive  diagnostic test with higher specificity than clinical and molecular techniques.

A study that was published in JAMA Neurology, has shown a link between cardiovascular risk factors such as high blood pressure, diabetes and smoking, with dementia.

The researcher at Johns Hopkins University (lead researcher Professor Rebecca Gottesman) discovered a link between dementia. Also, Diabetes, hypertension and smoking cigarettes increased the chances of dementia in the participants of this study.

Alzheimer’s  and Parkinson’s Overlapped Toxicity Mechanisms: A Review of the Shared Pathological Mechanisms

A Biomedical Central Article has reviewed  the interaction between two main neurodegenerative disorders in humans, Alzheimer’s and Parkinson’s diseases. Dr. Shohreh Majd from Flinedrs University has explained the shared cellular mechanisms associate to the pathology of Alzheimer’s and Prkinson’s, the first two neurodegenerative disorders in humans. The shared molecular and cellular mechanisms are responsible for some similar clinical presentations in patients. The article is focused on protein toxicity in Alzheimer’s and Parkinson’s diseases and the activated mechanisms of neurotoxicity in response to misfolded beta-amyloid and α-synuclein, two major toxic proteins in the mentioned disorders, leading to brain cells’ death.